The OpenHardwareExG is a platform for ECG, EEG, EMG, ENG, EOG, and evoked potential applications.

The OpenHardwareExG platform was originally developed as part of the eeg-mouse project.

The main goal of the project is to build a device that allows the creation of electrophysiologic signal processing applications. In addition:

Current Status as of August 2014

We are able to record ECG signals as a simple demo of the platform:

We can also record a full 12-lead ECG. 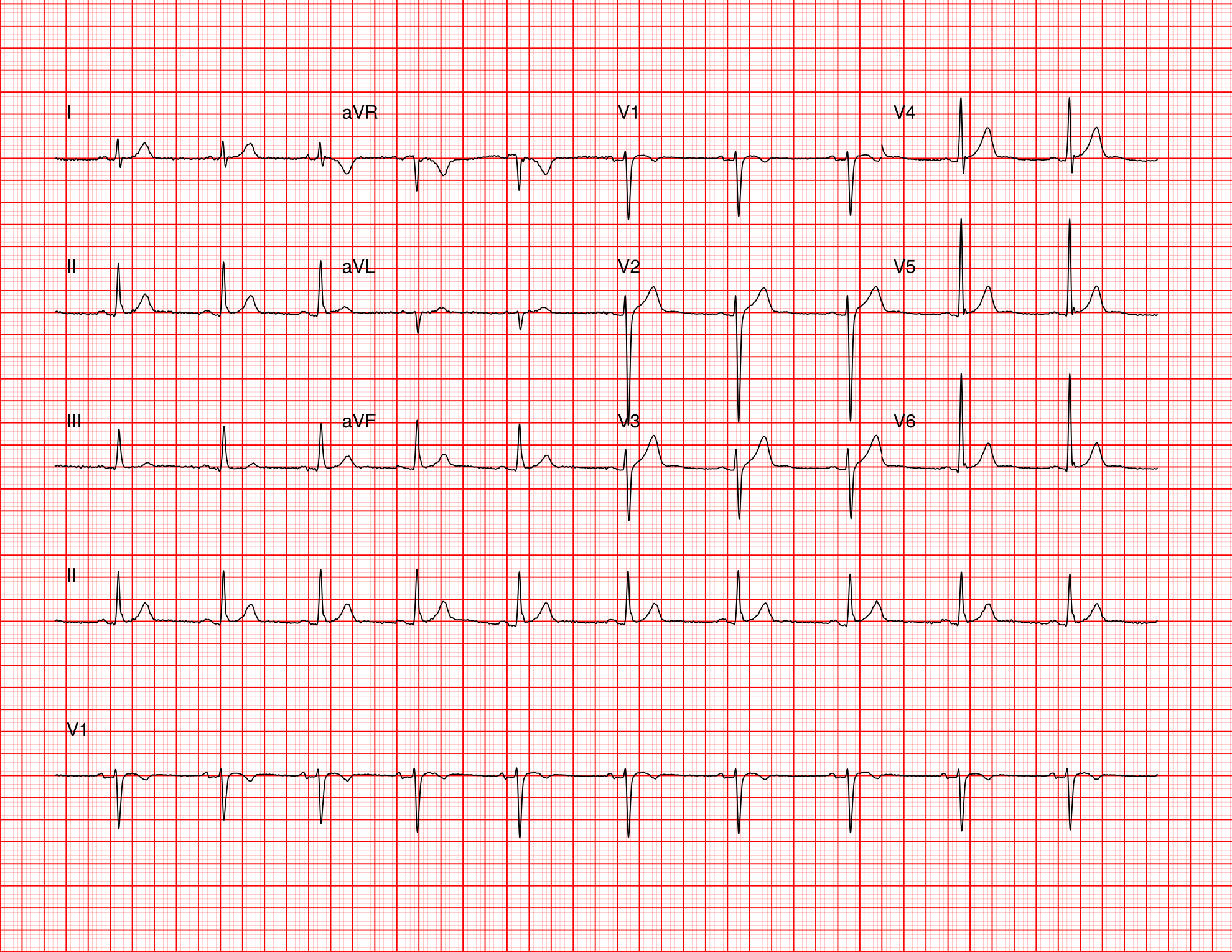 This example was recorded with IN1P-IN8P connected to electrodes at RA, LA, and V1-V6 respectively, IN1N (tied to IN2N-IN8N) connected to LL, and BIAS_OUT connected to RL. We then used this R script to do the appropriate processing and plotting to generate the conventional plot of 12 leads on the standardized grid.

We are also able to record EEG signals:

The big changes in signals are from the eye muscles opening, closing, and blinking. When the eyes are closed, you can see what appears to be an increase in alpha waves, particularly on channels 3 and 4 (positioned over the occipital lobes in this recording).

For this recording, the IN1N electode was positioned at FPz, the BIAS OUT electrode positioned over the spinous process of C5, and the positive electrodes at Fp1, Fp2, O1, O2, F7, F8, T3, and T4 (using the 10-20 system).

The Rev1 design integrates an Arduino Due compatible microcontroller, 5kV of reinforced isolation (for safety), and an ADS1299 analog front end for capturing EEG signals. We use standard disposable EEG electrodes (both single use self-adhesive electrodes and non-adhesive electrodes that can be used multiple times). 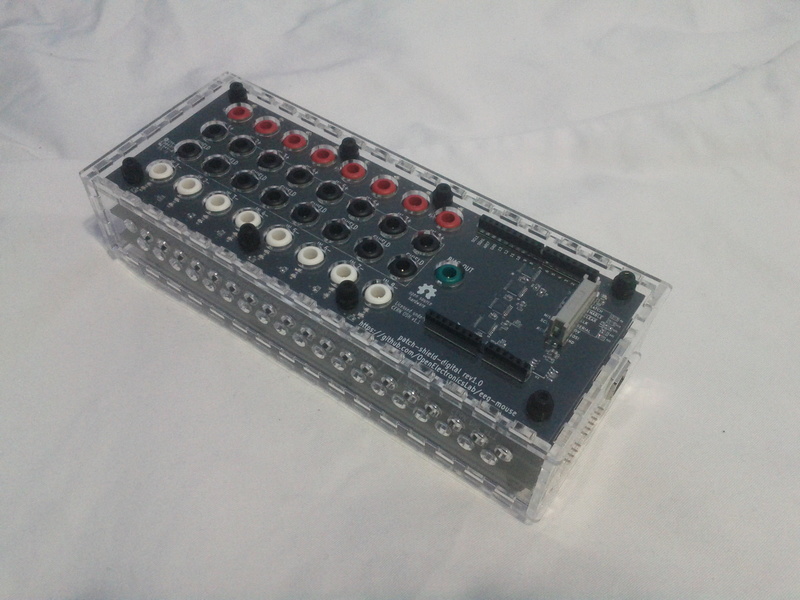 The rev1 main arduino-ads129x board: 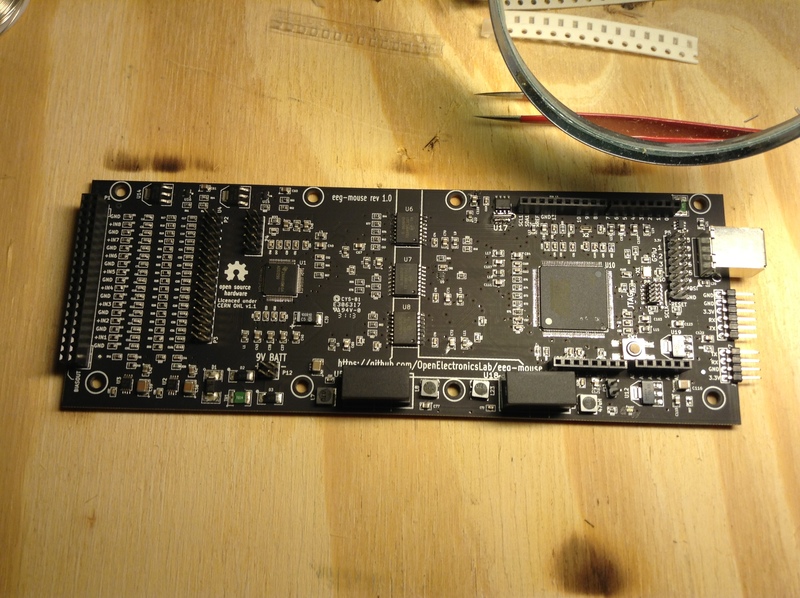 Notes, history, and data can be found at notes

GPL v3 or any later version

(The authors may be persuaded to license parts of their contributions under another FOSS license if GPLv3 is a problem for integration with an existing established project, for instance linux kernel is GPLv2. Please contact us.)

(This applies mostly to the kicad-files and scad-files directories) "Documentation" means schematic diagrams, designs, circuit or circuit board layouts, mechanical drawings, flow charts and descriptive text, and other explanatory material that is explicitly stated as being made available under the conditions of this Licence. The Documentation may be in any medium, including but not limited to computer files and representations on paper, film, or any other media.

You can download this project in either zip or tar formats.

You can also clone the project with Git by running: